The Mouse The Bird & The Sausage

What will bring us greater contentment and satisfaction: the harmonious toil of the collective, or the desires of the individual
Mouse, Bird and Sausage live in harmony on the Eastern side of the wall. Each contributes to their daily tasks and together they prosper greatly.

One day Bird is greeted by a stranger from beyond the wall, who mocks her, claiming her lazy companions are making a fool of her by giving her the worst of the grim chores. This visitor promises Bird she shall prosper greatly once she is in control. Bird is unable to find it within herself to toil harmoniously any longer. And so our story unfolds.

Adapted from one of the Grimm Brothers’ hidden gems, The Mouse, The Bird & The Sausage is a beautiful reminder of the happiness and simple joy we can discover through shared togetherness. 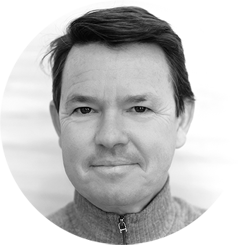 No Resources To Display!